Five years before the national ban on alcohol, Arizona voted to enact prohibition. It was 1910, and citizens quickly bought up all the alcohol they could. Come New Year’s Eve, liquor stores had little remaining stock to ship out of state. Years later, new laws would control the manufacture, distribution, and sale of alcohol, leading to national and international distillers that could afford to manage the legalities. The art of finely crafted liquor was nearly lost to legislation. Until now.

Hidden doors. Secret passwords. Renovated prohibition-era spaces. The intrigue and fun of the speakeasy experience are alive and well today. The drinks are carefully crafted using a handful of fresh ingredients, so enjoy the ambiance while you wait a little longer than usual. And don’t be surprised if you haven’t come across these gems before, many have avoided traditional marketing to preserve the mystery.

Without further ado, here are our top Valley speakeasies revealed. What are yours?

Located in the basement of the San Marcos hotel, The Ostrich showcases the mysterious bones of a building more than a century old. The hotel resort was built by city founder Dr. A.J. Chandler in 1912, and rumor has it the basement was used as a speakeasy during prohibition. We love the idea of revitalizing a location by paying homage to its history.

The current-day owners have worked with the Chandler Museum and local historians to learn all they can about the space. During renovations, ostrich feathers were discovered (Dr. Chandler sought to promote them as a fashion accessory), giving rise to the name of the lounge.

The owners have no plans to advertise or even add signage. They want people to find it the old-fashioned way: by word of mouth. Track it down by heading over to the San Marcos. Look for the life-sized taxidermy ostrich marking a hidden door that leads to the basement.

Located near downtown Phoenix, SideBar has been described as an “upscale, come-as-you-are” space. Although there’s no secret entrance, this second-story hideaway boasts a moody atmosphere and signature cocktails that definitely make it feel like a speakeasy.

Known for their incredible attention to detail, the mixologists at Sidebar use only the freshest ingredients available. The bar squeezes its own juices daily and uses its own simple syrup and sweet and sour recipes. On our visit, the bartender recommended a fruity, delicious drink, featuring strawberries found at the farmers’ market earlier that day. If you’ve ever compared fresh-crafted to pre-made mixers, you know fresh is best—and helps to prevent hangovers the morning after!

With fanciful signatures like the White Rabbit martini and fountain-prepared absinthe, SideBar excels in cocktail creativity. Stop in for happy hour or a nightcap and you won’t be disappointed. Just be sure to say the secret word, it’s “please.”

Located in an alleyway on the backside of the building, Kazimierz World Wine Bar may be tricky to find, but like any speakeasy, it’s well-worth the effort.

This Old Town Scottsdale haunt features low lighting, cozy corners and live entertainment every night of the week, making it the perfect spot for a low-key evening. So much more than a wine bar, Kazimierz offers small plates, craft cocktails, and more than 2,000 wines. We love the Country Western Cocktails menu, particularly the Peyote It Forward with Del Maguey Crema de Mezcal.

As you might expect, the entrance is unmarked. Keep your eyes peeled for the rustic wooden door and the tell-tale sign above, which reads “The Truth Is Inside.”

Hidden in the basement of a prominent, 1949 building on Central Avenue, Valley Bar is, quite literally, an underground music venue, lounge and game room hot spot steeped in local history. The decor, they say, is meant to “celebrate what Phoenix life was and is by bringing this space a unique Arizona feel.”

Head downstairs—from the alleyway entrance, of course—to the dimly lit Rose Mofford Lounge, which serves over 50 wines and signature cocktails named after local politicians. Try the McCain made with Mezcal or the sweet “The Rose” Mofford, or if you’re hungry, a hotdog from Short Leash, named one of Yelp’s “Top 100 Places to Eat in the USA.”

In the game room, try your hand at billiards, shuffleboard, and even skeeball, or step into the music hall and enjoy live acts seven nights a week. Whatever you do, don’t leave without sneaking a peak at the secret reading room—if you know where to look, that is. 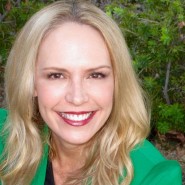