After a restful holiday break, the 48 West team regrouped last week for our first happy hour in 2017, a chance to reconnect and talk through plans for the upcoming year. I was the first to arrive, which meant I was free to order a club soda with lime, no questions asked. (I stopped drinking about a month ago. Just trying to drop a few pounds, I hadn’t really told anyone about it.) Then two other team members showed up; one ordered a Diet Coke, and the other, a water. If you know us at all, you know this is not the norm.

We aren’t exactly big drinkers, but our jobs do involve a lot of socializing. We attend events, dinners, parties, and soirees. We do love a fancy cocktail, a great craft beer or perhaps a beautiful glass of wine. (And, yeah, we do have a mixologist on our staff. Shouldn’t every agency?) Yet somehow, without coordinating, we 48Westers had almost unanimously signed on for a dry January. What was that about?

Abstaining from alcohol in January, “Dry January”, is a real thing. And apparently, we’re doing it. Though it’s primarily a UK trend, it’s making its way to the US. Dry January, a UK nonprofit, is devoted to helping Brits cut down on drinking for health purposes. Alcohol Concern, another UK organization, wants you to sign up for their no drinking challenge. There’s even a “Dryathlon” campaign launched by the UK’s Cancer Research organization.

So, why are people jumping on the Dry January bandwagon? If you’re a social drinker, some experts say there isn’t much benefit to giving up alcohol for 31 days. But it does break the habit, allowing you to reset and be more intentional about how often and what you drink. Other experts say there can be significant health benefits, like improved liver function, better sleep and maybe even weight loss.

For me personally, it’s been about a month and already my skin looks better, I have more energy and I sleep better. And I think because I’m sleeping better, my stress level feels lower, too. (I’ve even saved some money.) And although I expect people to ask me about ordering a club soda, no one has yet. Turns out, Dry January isn’t raining on my parade at all.

At 48 West, we’ve worked with medical practices to promote alcoholism recovery treatment, as well as bars and restaurants to promote their tasty concoctions. While it may seem a juxtaposition, both have marketing messages to share during Dry January. Marketers, rather than fighting the dry tide, think about how you can capitalize on the media attention Dry January is getting and help brands ride the wave. Bars and restaurants can get a buzz going with some signature mocktails in support of 31 hangover-free days. (Our own True Food Kitchen does a fantastic job of this.)

This January, we at 48 West are raising our glasses …whatever they’re filled with. Cheers to health, wealth and the first of many trends in 2017! 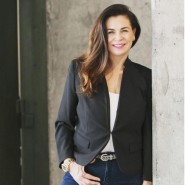 This Year We Celebrate Ambitious Innovation